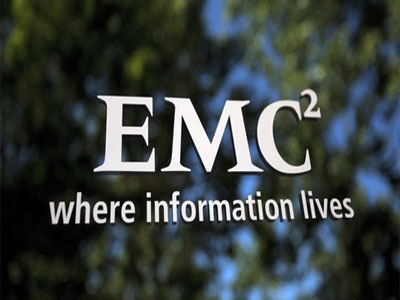 Dallas, Texas 10/22/2013 (Financialstrend) – The data storage device solution provider EMC Corporation (NYSE:EMC) is expected to announce its 3Q results on October 22. In the run up to the earnings call, trade pundits and analysts are cranking out their estimations on where the company financials will end for the quarter.  One of the first agencies to roll out an estimate was Thomson Reuters. It has predicted that the revenue for the quarter will go up by 10% to $5.8 billion in comparison to 3Q 13. Their analysts have also pegged earnings per share to go up by 12% to $0.45 per share.

Providing a preview on the overall economic scenario in which the company is operating, the analysts have pointed out the challenging scenarios buffeting the data storage major. These include the evolving cloud infrastructure adoption followed by new entrants like “nimble” and entrenched competitors like Oracle coming up with multi-featured storage solutions bundled with its server hardware. The analysts have also pointed out that its competition like IBM and Hewlett-Packard are also feeling the heat from the change in IT spending patterns.

Pacific Crest Securities is another firm which has released pre earning report. Its lead analyst Brent Bracelin has been quoted to have written that “Even though we see mixed Q3 results and a conservative guide for Q4, EMC’s fundamentals should improve in Q3 after bottoming in the first half of 2013. After witnessing EMC’s lowest growth rate in storage in three years during the first half, any sign of a reacceleration should be well received by investors looking to validate a cyclical recovery.”

Research firm Zacks has predicted that EMC is going to gain mileage from the steady but small portions of increase in revenue from data centre hardware from companies which are going to go for periodic hardware refresh cycles.