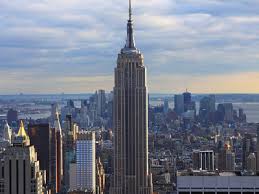 Dallas, Texas 12/30/2013 (FINANCIALSTRENDS) – All those who have invested in the Empire State Building IPO has filed a lawsuit against many real estate companies as these companies short changed them to the tune of $300 million and refused to sell the skyscraper at a premium price.  The complaint was filed on last Tuesday when Peter Malkin and his son Anthony took their own interests first and spurned all cash offers of as much as $2.3 billion for the building and $1.4 billion for the Empire State Building Associates LLC which had title and master lease.

The lawsuit was filed in a New York State court in Manhattan. There were many investors who were against the IPO and this is the reason they filed the lawsuit. Malkins later settled the case for $55 million and took the real estate venture public on 1st October.  After the IPO was launched the father son duo became rich by $300 million and that happened because of profit sharing and fees. As per the lawsuit the IPO was only for the benefit of Malkins and suggested that a bidding procedure would have been much better instead of the IPO.

This building was opened in 1931 and is a 102 story building and at that time it was world’s tallest building. The tallest building crown went for almost four decades until it was passed by the original World Trade Center’s North Tower.

A 1933 Hollywood movie became famous when the character King Kong climbed the building in the Movie. This building has always been a cultural landmark for the United States of America and featured in many famous movies of Hollywood. Share price of Empire State Realty Trust Inc (NYSE:ESRT) closed at $15.30 down by 0.20%