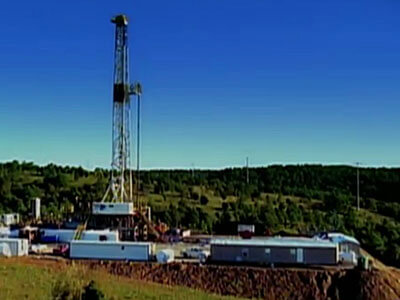 Dallas, Texas 05/07/2014 (FINANCIALSTRENDS) – Encana Corporation (USA) (NYSE:ECA) issued a press note on 6th May in which it disclosed its intention to hold a conference call post a news release today before markets open. Analysts predict that the news conference scheduled by Canada’s biggest natural gas producer would be in context to the settlement of the antitrust case brought upon it and its competitor Chesapeake Energy Corporation (NYSE:CHK) by the Canadian authorities.

In fact on 6th May it was announced by Michigan State Attorney General Bill Schuette that Encana Corporation (USA) (NYSE:ECA) had agreed to pay out $5 million as penalty and agreed not  to contest the charge in which it has been accused of trying to rig the bidding process held in 2010 to auction the oil and gas reserves of the state.

The Attorney General had sued the two companies in court earlier this year on the changes of the two oil majors wilfully circumventing the strict antitrust laws of the state of Michigan. Incidentally, Chesapeake Energy Corporation (NYSE:CHK) which has also been party to the same law suit has decided to contest the allegations and is expected to bring its full battery of lawyers to court battle which is currently on at Cheboygan, which is a city on the northern fringe of the states peninsula.

In his charges the Attorney General had accused Encana Corporation (USA) (NYSE:ECA) and Chesapeake Energy Corporation (NYSE:CHK) of colluding before the state auction to divide between the  two of them the counties which were being offer on auction, so that they might not bid for the same counties and drive up the auction price. This action, the attorney general claims led to the auction process being driven off the tracks, since the bidding price which was estimated to be in the range of $1510 per acre in the run up to the auction, came down to as low as $40 per acre due to the two energy giants colluding with each other.