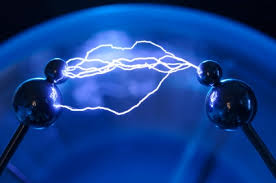 Energy Transfer (NYSE:ET) will continue scheduled shipments on the controversial Dakota Access pipeline even after a Judge ordered its closure by August.

The company has no plans to take the pipeline offline and has indicated that it will accept new shipment requests for next month. The District of Columbia’s District Court ordered the pipeline to be shut by August 5 as an environmental review is carried out.

Vicki Granado, the spokesperson of the Dallas based company, stated that they will not shut the line. She explained that Judge James Boasberg didn’t have jurisdiction to stop or shut the pipeline. However, the Kelcy Warren run company later asserted that it was not planning to defy the court’s order.

This is the latest move by Energy Transfer to battle over the pipeline that four years ago drew massive protests from environmental activists and tribes. Environmental groups are opposed to the pipeline running across Lake Oahe, a dammed part of the Missouri River less than a mile from the Dakotas’ Standing Rock Indicant Reservation. The company pressed the judge to freeze his seemingly unprecedented ruling until after the appeals court weighs in. Energy Transfer aimed to shut down the pipeline and concluded that the federal approval for the pipeline violated environmental regulations.

Standing Rock Sioux Tribe’s Lawyer Jan Hasselman stated that the company was playing a dangerous game. He added that they should not just ignore an order from a federal court, even if they disagree.

On its side, it seems the company is optimistic that the appeal court will reverse or block the decisions temporarily. However, according to energy lobbyists shutdown of the pipeline will be challenging to enforce. Also, Height Securities LLC has predicted that it is unlikely that the decision to shut the pipeline for violation of the National Environment Policy Act will withstand review by the Circuit Court of Appeal of the District of Columbia.