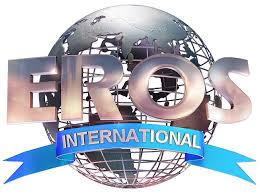 The reason for the poor performance of Eros is series of reports that accuse the company for indulging in accounting fraud to overstate its numbers. The accusations were leveled by Alpha Exposure, a research firm based in US. The accusations make serious allegations on Eros and the response of Eros seems to suggest that the accusations are not entirely baseless. If the accusations were baseless, Eros would have slapped a lawsuit against Alpha Exposure immediately but surprisingly it is Eros that is facing a class action lawsuit for falsely stating their numbers, misleading investors and enriching the controlling family at the expense of shareholders.

An analysis of the accusations leveled against Eros shows that they are not baseless. For example Eros has overstated the number of movies released by citing them even when they were never made. The company also seems to have overstated its digital and TV rights revenues as the report by Alpha Exposure makes it pretty evident that the numbers cited by Eros International Plc (NYSE:EROS) are not plausible by any estimate and is projections for digital revenue is not realistic due to the entry of Netflix into Indian market. Therefore in conclusion, it is safe to predict that Eros has been involved in pretty shady dealings and accounting frauds and it is impossible to give the company any rating other than sell.