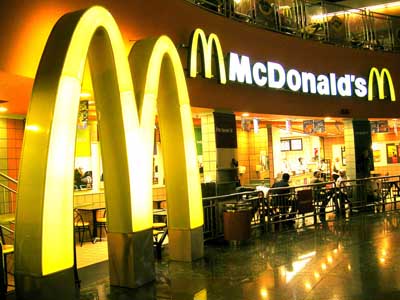 McDonald’s Corporation (NYSE:MCD) is in deep waters as the European Union has ordered a probe into the company’s Luxembourg finances. According to reports, the investigation comes after regulatory bodies asked the Starbucks Corp and a Fiat Chrysler Automobiles NV unit for paying tax subsidy to the tune of millions of euros.

A formal inquiry is going to be started by the European Commission to find whether any state-aid regulations were breached by Luxembourg, according to insiders.

Spokeswoman Becca Hary who sits at the Oak Brook branch of the company said that McDonald’s Corporation has always abided with all the taxation rules of Europe. She said that the European Commission had not approached the company yet and even if a probe happened, nothing would be achieved as they believed in fair play.

As per the company reports, McDonald’s paid over $2.1 million as corporate taxes to the European Union in the 2010-2014 period. Even the franchises of the company that consist of 75% of European business of the company, comply by rules and pay the corporate and other taxes, said Hary.

The European commission and finance ministry has yet to give their comments on the matter.

McDonald’s Luxembourg operations came into scrutiny in 2013 previously and the taxation authorities had initiated an inquiry. A report has noted that McD Europe Franchising Sarl got a royalty of 834million euros for 2013. The report also noted that the company structure underwent a major reshuffle in 2009 and the regional head office was moved to Geneva.

McDonald’s Corporation (NYSE:MCD) is not the first U.S. company to have come under the scanner of the European commission and major players like Amazon and Apple too have faced scrutiny of the commission in Brussels.  The matter seems to have assumed a lot of importance as it remains to be seen whether these multinationals are really in trouble for evading taxes or not. This also comes as a major concern for the U.S. companies who are falling prey to the tax authorities in Europe. Reportedly, the commission has never intervened with the tax affairs of other states earlier but they are getting involved in the matters now.