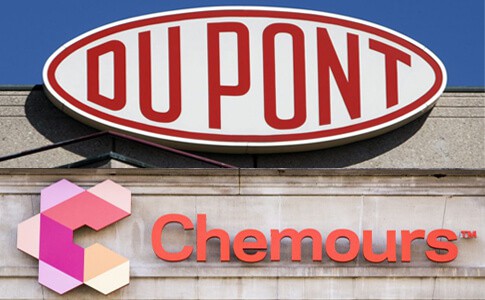 A number of former employees of DuPont are accusing Chemours Co (NYSE:CC) of fraud and have sued the company in what they claim they were tricked into accepting a much cheaper severance than it later offered other employees.

According to the court filings in New Castle County Superior Court and Delaware District Court, the workers say the deal which they accepted, individually cost them almost $102,000 compared to an offering that the company made later to other employees. According to the lawsuit, the officials of the company did this in a bid to induce workers to drop a package with richer benefits and hence cut on its overall cost. The company has however denied any wrongdoing in its replying court filings.

DuPont, in 2015, dropped its performance chemicals section and turned it into an independent, publicly listed company under the name Chemours. As part of the program, DuPont dropped its performance chemicals sections through involuntary employee layoffs as well as accompanying severance package. The package that the company offered to employees entailed a 12 month salary plus other benefits.

Workers in the section, who were not laid off were absorbed into Chemours. A few months later, Chemours announced that it was lying off more workers through an optional severance program that it offered to the affected workers.  The company gave the affected employees a period of two weeks to sign up and receive a lump-sum severance capped at six month of their basic salary.

A section of former employees of DuPont have now moved to court to sue Chemours Co for fraud and have claimed that the company tricked them to accept a cheaper deal than what it offered other workers. According to the filings at New Castle County Superior Court and Delaware District Court, the ex-workers claim that they lost almost $102,000 each.

The employees claim that they were made to believe that the window period offered to volunteer was for the company to plan for job cuts in the future. The claim that there were rumors that the program will have similar send-off packages, both capped at 12 months of their basic salary.