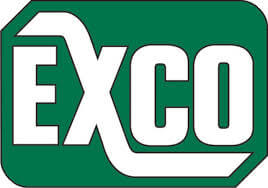 Dallas, Texas 08/05/2014 (FINANCIALSTRENDS) – EXCO Resources Inc (NYSE:XCO) the Dallas-based oil and natural gas company announced its second quarter results for 2014. In its earnings call, EXCO chairman, Jeff Benjamin, stated, ‘we had a positive quarter are ahead of the guidance for our key financial and operational measures.’

EXCO Resources Inc (NYSE:XCO) management noted that there was an exciting development with respect to Eagle Ford shale acquisition program which is likely to see action next year. The firm has confirmed that it will continue to develop natural gas assets, where long-term value for shareholders will be a priority.

EXCO noted that the operating costs for the second quarter of 2014 were much lesser than the guidance provided. The fiscal discipline of the company was thus reflected in the quarter. The capital structure was also beefed when the recent financial instrument allowing for $500 million senior unsecured notes were issued in April 2014.

EXCO Resources Inc (NYSE:XCO) Benjamin commented, “Oil is making a significant contribution to the operating results of the organization as it makes up approximately 30% of total revenue for the past six months.”

He also shared that the company has been in the process of establishing operational initiatives that will contribute to enhancing the performance as well as sending out recovery structures to build current asset base. The implementations are expected to work throughout the year.

EXCO Resources Inc (NYSE:XCO) has also announced that its board of directors will authorize an increase in the capital budget by $800 million. This feature will provide much-needed flexibility to ensure the operations of the team are in-line with growth initiatives.

The net income was reported at $2 million for the second quarter with $0.01 diluted share. The net loss was in the region of $5 million, which translated to $0.02 per diluted share in the first quarter of 2014.