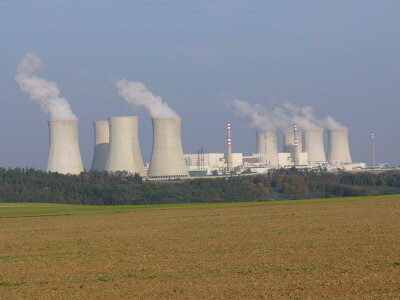 Dallas, Texas – (Financialstrends) – 01/08/2014 –Exelon Corporation (NYSE:EXC), the $23 billion market capped energy and alternate energy utility provider which has a captive capacity of 35,000 megawatts of power and accounts for close to one hundred thousand institutional customers and one million retail customers. Over all close to 6.6 million customers who are residents of Maryland, northern Illinois and south-eastern Pennsylvania regions are benefiting from the services provided by this energy firm.

Exelon Corporation (NYSE:EXC) yesterday announced that one of its independent units Commonwealth Edison Company which meets the energy needs of close to 3.8 million customers in northern Illinois will be raising close to $650 million proceeds through the public sale of its secured bonds.

Commonwealth Edison Company will be pricing the $650 million worth First Mortgage Bonds in two bands. The first set of bonds will be issued for $300 million and has a maturity date of January 2019 and will attract a interest component of 2.15 percent where as the second set of notes worth $350 million will be having a maturity term of January 2044 and will be earnings its buyers a interest of 4.7 percent.

This unit of Exelon Corporation (NYSE:EXC) which supplies energy for close to 70 percent of Illinois population has indicated that it will be using $17 million of the proceeds it would raise from the notes sale, to refinance its existing $17 million First Mortgage Bonds which will be due on January 2014. It also plans to use $600 million to service another set of bonds which are due to mature on January 15, 2014. The proposed sale of these bonds is scheduled to end on January 10.

Exelon Corporation (NYSE:EXC) has retained the services of BNP Paribas Securities Corp., J.P. Morgan Securities LLC and Scotia Capital (USA) as the joint book-running managers for this notes issue. The sock of this S&P 500 index fund was trading at $26.93 per share as of close of business yesterday.