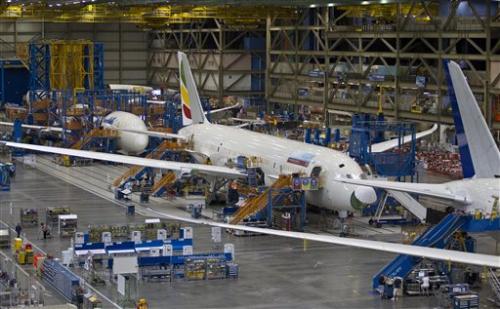 The Federal Aviation Administration has announced yesterday that they are planning to conduct a detailed review of the controversial Boeing 787 plane. This review comes after several mishaps that took place during the last months including a serious fire. However, the FAA is reassuring all fliers that even though there have been mishaps, this doesn’t mean that they shouldn’t fly in it.  “We strongly believe that this is one of safest aircrafts,” Michael Huerta, administrator of FF, said in a statement yesterday.

He also explained that the administration will review every aspect and part of this new plan including how it was produced and manufactured. However, the main focus will be on the plane’s electronic compounds and this was the source of all problems.  The new Boeing Dreamliner was first introduced to the public in 2011 and it depends on electronic parts to operate more than other airplane models.

This is why many people were fascinated with its introduction especially that it is manufactured from composite materials that are very light. This is one of the main reasons why it uses less fuel than other models. Officials working for Boeing said to reporters that they are welcoming the review that is conducted by the FAA and that it doesn’t diminish their confidence in this new airplane in any way.

However, they also urged FAA to finish the review as soon as possible as this is resulting in the company’s shares decreasing. Analysts believe that this review is an excellent step by a powerful regulatory agency doing their job. “There is absolutely no reason to take this review as a suspicion that the new plane is unsafe. It is essential to review the different procedures and technological components of the plane. They would have done the same exact thing with other models,” Richard Aboulafia, the president Teal Group said in a statement yesterday.

“Theirs is absolutely nothing that will make customers scared to fly in the plane,” Aboulafia said. One of the main incidents that caused serious worry about this plane was when Nippon Airways informed the FAA that they had to cancel two of their flights due to problems in their plane’s brakes. However, Boeing answered back by claiming that the airline’s pilots weren’t trained well enough to operate the new plane and that if there was a problem in the brakes, other airlines would have complained about the problem as well.