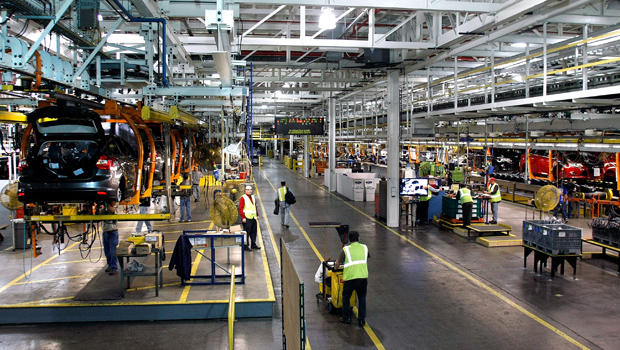 Even with a backdrop of companies trimming their orders, factories in the United States saw an increase in their orders in December. The Commerce Department reported that while the orders in November had fallen by 0.3%, the December figures grew by 1.8%.

Core capital goods make a major impact on business investment plans, and this segment saw a drop of 0.3% in its demand in December. However, in November and October, the demand had shown a growth of 3.3% and 3% respectively.

On the other hand, durable goods saw a growth of 4.3% in their orders. This growth was a sign of the gains made by both civilian and military aircraft sector.

However, the non-durable goods sector saw a decline of 0.3% in its orders in December, while the drop was 1% in November. This sector includes goods like petroleum products, paper and chemicals.

The factory order grew by 3% for the entire year to a figure over $5.6 trillion. This meant that the manufacturing sector slowed down compared to the almost 12% increase in orders the previous year. Investment goods saw a drop of 0.3% in demand, which came down to $759 billion.

Overall, the economy contracted during the last quarter of 2012 by 0.1%. This is the first time the economy shrunk after the recession of 2009. The main reasons behind the decline were a significant cutting in defense spending, drop in exports and slower movement in business stashing.

On the other hand, other sectors in the economy exhibited strength. This included the business investment on software and equipment and the housing sector. This sector grew at 12.4% annual rate, which was the best performance in over a year. It was also a bounce back from a drop during the previous quarter.

There are a few other signs as well that claim that the economy is strengthening. According to the government, more than 150,000 jobs were created by employers while the growth in the job market towards the end of the year was found to be far better than estimated.

According to the Institute of Supply Management, January saw a faster growth in the manufacturing sector on the head of growth in new orders and larger hiring in factories. The manufacturing index of the institute grew from over 50 in December to 53 in January. The last time the index was higher than this was in April.