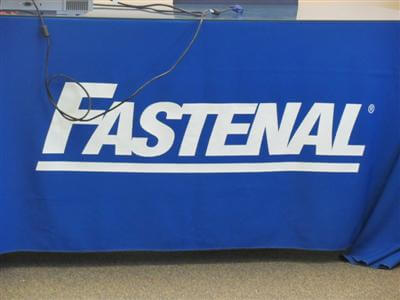 Dallas, Texas 05/07/2014 (FINANCIALSTRENDS) – Fastenal Company (NASDAQ:FAST)’s April 2014 sales slowed as compared to March 2014 because of change in Easter timing. However, the company reported significantly better sales on a year over year basis which is indicative of the turnaround in the top line of industrial and construction supplies wholesale distribution. The company reported 10% year over year increase in April sales which were reported at $315.1 million. Daily sales for April 2014 also increased 10% to $14.3 million as compared to April 2013. However, daily sales in April 2014 remained lower as compared to 11.6% growth reported in March 2014.

Fastenal Company (NASDAQ:FAST) reported top line turnaround in 1Q14 after struggling for past several quarters. Owing to considerable growth in sales volume, company’s total average daily sales grew to 8.7% in 1Q14 as compared to 4.9% growth in 1Q13. However, significant sales improvement was noted in March 2014 as January and February sales remained softer owing to harsh weather conditions. The double digit growth in daily sales during March 2014 was largely attributed to favorable timing of Easter as well as increased investments in stores.