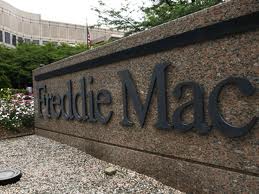 Dallas, Texas 11/15/2013 (Financialstrend) – During the recent week, average fixed mortgage rates in the U.S. were increased, and it was up for the consecutive 2nd week on the release of stronger-than-expected economic data, according to mortgage-finance company Freddie Mac (FMCC).

Freddie Mac Chief Economist Frank Nothaft said in a statement that, the report of job for October was more than the expectations and that the earlier 2 reports were also revised upward. He also further added that, the preliminary estimates also indicate that the real gross domestic product growth for the 3rd quarter beat the consensus views.

Bruce Berkowitz mentioned about his proposed plan for the purchase of parts of government mortgage-giants Federal National Mortgage Association (OTCBB:FNMA) and the company  for $52 billion as a start.

He also further added that, “Our plan is a start; it’s a beginning,” Mr. Berkowitz said. “I’m sure there are others out there with good ideas. We are just trying to move the ball forward; enough of the gridlock.”

This offer made by Mr. Bruce Berkowitz’s Fairholme Capital Management LLC, calls for the government for forming of 2 new entities which will be regulated by state, but it should be run and utilized privately.