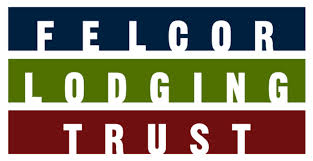 FelCor Lodging Trust Incorporated (NYSE:FCH) reported a net loss of $8.21 million or $0.20 per share for the quarter ending 30th September 2015. The company reported a net profit of $72.39 million the year before in the same quarter. The revenue of the company also dropped 3.80% to $225.15 million from $234.06 the year before. The report contained other bad news like a 14.74% increase in expenses and a decrease in operating income.

In fact the shares of FelCor Lodging Trust Incorporated (NYSE:FCH) have remained more or less flat since the quarterly reports were announced. There was an initial fall in the prices of the shares after third quarter results, however the shares rebounded in the month of November and have remained fairly stable. The average rating for the company by analysts is 2.8 out of with most analysts advising hold. Because the reports of Felcor were so close those called by the analysts there seems to be a overall positive mood towards its stock.

The company’s shares have however dropped over 25% from its one year high of $12.43 and are currently trading at just over $8. The company also recently disclosed insider buying and selling activities to the SEC to the tune of over $100,000. The next quarterly report of the company will be released on 25th February, 2016.