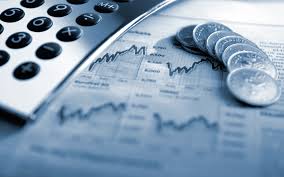 Fifth Third Bancorp (NASDAQ:FITB) has selected Greg Carmichael to take over the company’s helm upon the retirement of Kevin Kabat.

Mr. Kobat has been the company’s Chief Executive since April 2007 and has been an influential drive towards the success of the Ohio bank, especially during the financial crisis. He has been working at Fifth Third Bancorp for more than 33 years. Mr. Kobat plans to retire in April next year.

Following his impending retirement, the company has been busy trying to figure out who is the candidate best suited to take over after Kobat. After a lot of consideration, the board has decided that Mr. Carmichael is best suited for the task. He has been working with the company since 2003 and therefore, has enough knowledge about the company’s inner workings. He started working in the information systems division and was promoted to chief operating officer in 2006. Further responsibilities were added to his portfolio in 2009 where he was given more control over business banking, the retail bank, and all the associate banks. He was further promoted to the firm’s president in 2012.

His track record in the company is rather impressive, but it is not limited to Fifth Third. He was previously employed as the chief information officer at Emerson Electric Co. (NYSE:EMR) where he had worked for more than ten years. As of March 31 this year, the company approved Carmichael’s salary increment to $ 800,000 base salary. His annual incentive award was also increased to $1.2 million. His long-term equity incentive award for 2015 was also boosted to $3.5 million.

According to a filing from the Securities and Exchange Commission, Carmichael’s salary in 2014 was $709,203 while Mr. Kabat’s salary was roughly $1 million.

Since the financial crisis, banks have been working hard to take advantage of the booming mobile and online technology. The shift has been significant towards reducing costs, and therefore, fewer physical locations are preferred. Fifth Third Bancorp (NASDAQ:FITB) market shares have increased by 2% since the beginning of the year.