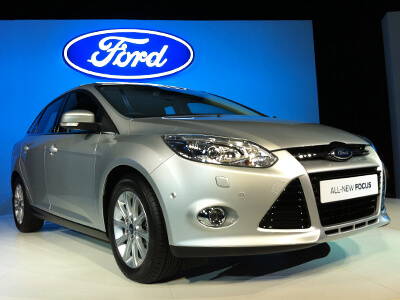 Dallas, Texas 07/13/2015 (Financialstrend) – Ford Motor Company (NYSE:F) and a strong line-up of big auto manufacturers in Detroit are all set to begin negotiations over wages with union officials on Monday. The talks which will commence with a ‘handshake’ will include companies such as, Fiat Chrysler Automobiles, General Auto Motors Co. and others, apart from Ford Motor. The ‘handshake’ is a ceremonial commitment, between the two parties, not to reveal negotiations to the general public.

The fresh round of negotiations with union officials is expected to bring to an end an embittered wage-war between the union and the auto executives, which has lasted nearly 8 years.

United Auto Workers argue that the two-tier system of wages currently in place is unequal. The employee union, which now has Dennis Williams as the President, is expected to work closely with auto company executives to close the disparity of wages between new hires and longer-tenure workers. As per the current wage system, two levels of wages are in place- $19 per hour for the new hires, and $28 per hour for the long-tenured.

The current wage-system is set to expire by September 14, 2015. The current talks will set the wage template for the coming years.

Traditionally, Ford Motor Company (NYSE:F) or any one of the auto companies will begin negotiations with the United Auto Workers first, so as to arrive a general framework. Then the four companies will arrive at individual contracts. This system has worked to be the most ideal system of negotiations, as it allows each of the companies to work in finer differences, even as a uniform protocol for general topics such as health care remain uniform across the companies.

Ford Motor Company (NYSE:F) and other companies are expected to increase health care packages, even as profit-sharing terms and conditions are likely to be renegotiated. Fiat Chrysler is expected to be most affected by any such raises while bigger players such as General Motors bear the brunt of such upward revisions.