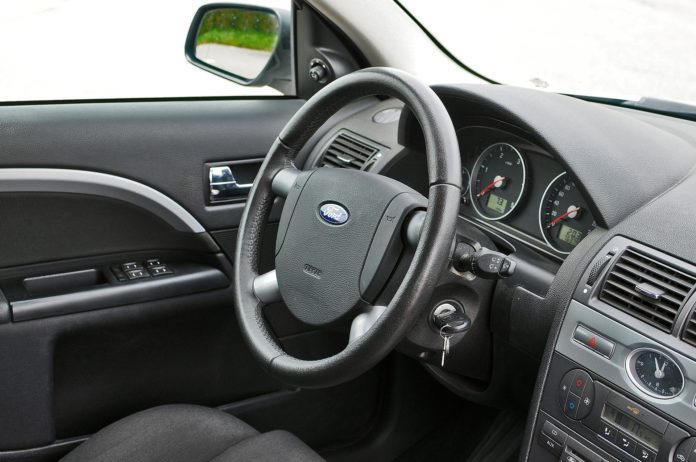 Ford Motor Company (NYSE:F) is taking self-driving to another level by bringing in gaming innovations to the industry. The company recently obtained a patent for developing two driving modes which will use a Smartphone to steer an autonomous vehicle. The Patent was recently published by the US Patent and trademark office and discovered by Carbuzz. Passengers will be able to control the self-autonomous car from their phones in a game like mode.

The first mode that the company will develop tries to mimic a game likes Real Racing tree as reported by Engadget. The Gyroscope and accelerometer will enable to steer the wheel. Reports also just that the autonomous mode will be the same as the tilt-to stir mechanics popularly used in driving games. The second mode will require the user to use a finger to the steering will on the phone‘s screen. However, the car will have control over things like acceleration and braking. The only thing that the driver will control will be the steering wheel. This will be helpful in case you want to change lanes. The company codenamed this futuristic technology the non-steering autonomous modes.

The self-driving cars industry is experiencing a rapid innovation; Drivers can now be able to control their autonomous car remotely from their phone. This will be similar like playing a simple driving game on your phone.

Ford doesn’t know Where all these could lead to in the future hence it only covered the basics in the patent. The basic concept is that any device which has an accelerometer or a gyroscope can easily communicate using wired or wireless protocol will work with the technology. The autonomous car will be programmed to differentiate between a regular occupant and the driver.

Is this what people want?

The company may or may not make the decision commercializing this patent. However, It will face security and performance concerns which it will have to address first. For example, how will it prevent from carjacking which is generally a big scare in the autonomous car industry? People still want to have control of their cars manually and are not just interested in autonomous cars. These are the concerns from users hence lack of faith with the autonomous car maker.