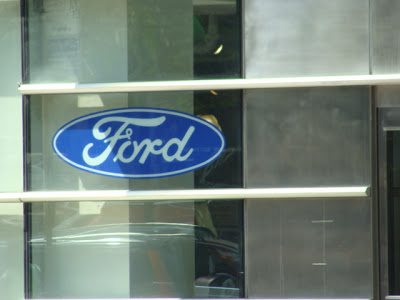 Dallas, Texas 12/05/2013 (Financialstrend) – Ford Motor Company (NYSE:F) it appears has been favored by Americans shopping for cars this season.

Though, automotive sales in the country have been one of the highest ever, after the economic downslide. Despite the increase in number of people buying cars, there were companies which registered higher sales over other brands.

One of the most successful was Chrysler.

The firm had estimated that, the new vehicles sales in 2013 would be more than $370 billion, even seeing sales which exceed sales before recession began.

Ford saw 7 per cent gain in sales this season. The gains are with respect to last year’s sales.

In the premium brand card section, the highest grossing brand was Jaguar Land Rover, which saw an increase of nearly 37 per cent. In contrast, Audi saw sales of just 13 per cent, even as Volkswagen notched sales fall by over 16.3 per cent.

Further, in 2014, the number of units sold would be in the region of 16.1 million. If this year’s sales, especially in November were any indication, then Schuster prediction could well be sustained in 2014 as well.

What is ahead for Ford?

Ford Motor Company (NYSE:F) has proved to be a success story, far removed from the sad state of affairs during the times of recession.

The company as of now offer over 2% yield and does boast of some of the best line-up of cars for the next season.  Top of the list of these is the Mustang to be launched in 2015, by the time of Christmas. The launch will be simultaneously in more than 6 cities.

Therefore, the focus is will Mustang help the country achieve long term growth.

Mustang new version has features such as rear suspension as well as eco-boost motor, a core differentiator. The discerning factor could well be the new chassis. Constructed of new age aluminium as well as new design features, Mustang is expected to shore Ford future.

Earlier models of Mustang featured rear axle is now traded for an independent rear suspension. The eco boost is truly the difference in a Mustang. The high end engine will now come have a higher horsepower of 330, over earlier version, which runs on 2014 Mustang. Moreover, the lighter aluminium chassis will not just make the automotive sleeker, but brings in the important factor of drop in fuel consumption.

Typical of Ford machines, the Mustang stylish finish does contribute to its allure. Besides, the 2015 model does pack a punch, if the sneak previews on the internet are anything to go buy.

Mustang 2015, is loaded and definitely an improvement over ‘standard’ features of the great Mustang engine.

The battle for the car royal will heat with Chevrolet Camaro too entering the global markets.

Ford Motor Company (NYSE:F) will continue to ride on its Mustang power, despite Chevrolet Camaro capturing quite large chunk of the market. Mustang’s European style lines will have an impact on the global sales numbers.