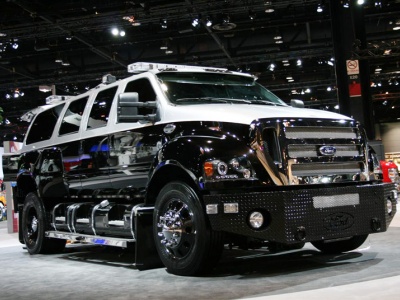 Dallas, Texas 08/29/2013 (Financialstrend) – It is being expected by Stephen Odell of Ford Motor Company (NYSE:F), that the European Car Market would take around 5 to 6 years to recover. He has also stated that there are some indications that an end to the decline might come during the second half of the current year.

Stephen Odell said that Ford Motor Company has maintained the sales forecast of around 13.5 million vehicles during this year in 19 nations of Western Europe. These figures are found to be far below the levels of the year 2007 when the company generated sales of around 18 million vehicles. As said by Odell, that he further expected of losing around $1.8 billion in Europe. He also stated that he is not expecting any additional measures for re-structuring but the company would continue to keep a balance in production per the demands.

Per the US automotive suppliers, Ford Motor Company would build versions of the new Edge in locations like North America and China for the benefit of local customers. And, for the European car market, the new Edge will be imported from North America and would be sold in European showrooms along with the re-designed S-Max and Galaxy. According to the suppliers, the S-Max, the Galaxy and the Edge would share a common architecture which is known as CD4.2 inside the Ford Motor Company. Also, all the three models are slated to set into production more or less during the same time.