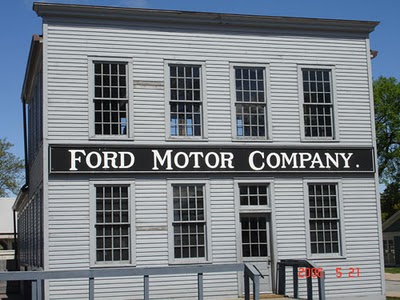 Dallas, Texas 10/15/2013 (Financialstrend) – On October 14, Ford Motor Company (NYSE:F) in a joint communique with University of Michigan has announced that they are establishing a “battery research and manufacturing lab” which will be geared towards furthering the research and development of new generation batteries. The $67.29 billion market capitalized car maker is hoping to leverage the research and development findings in its quest for developing commercially viable electric and hybrid cars.

This research and development center will be based out of the University of Michigan’s Arbor campus. As part of its activities, this center endowers to bring on a common platform various battery makers, new energy researchers and established car makers to experiment with new batteries on yet to be released models of vehicles.

As per Ted Miller who heads the battery research division of the car maker, this initiative will help both the battery makers and the automobile industry in determining whether new batteries being designed are compatible for commercial usage in the new models of vehicles. Ted indicated that currently this battery testing happens in house at Ford. He also indicated that this new center will help Ford give feedback on the batteries early in their development cycle thus saving the battery manufacturing company’s time and money in costly reworks later.

Analysts believe that Ford is funding this project so that it can effectively tap into new fuel technologies to manufacture its own electric powered and hybrid cars eventually. This is because, Ford does not want to fall too far behind new generation electric car makers like the China based Tesla which has recorded double digit growth in electric car sales over the past four quarters.

Ford has contributed $2.1 million while University has pooled in $0.9 million of the total $8 million fund put together to run this project. Mark Barteau, who is the director of Michigan’s Energy Institute has been quoted as saying “This is open innovation.”