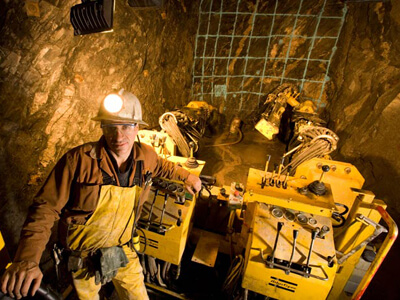 Dallas, Texas 01/31/2014 (FINANCIALSTRENDS) – Companies in the precious metals segment may not be doing very well but Franco-Nevada Corporation (NYSE:FNV) is not giving up the fight. It has recently announced a spate of investments in such companies and is confident that the current condition is only short term.

The Investments And Their Status:

Franco-Nevada Corporation (NYSE:FNV) had committed $1 billion to the Cobre Panama project with Inmet Mining Corporation way back in December 2012. This was after Inmet had spent the initial amount of $1 billion. However, as the company was taken over by First Quantum Minerals in March 2013, the investment will need to be renegotiated. Inmet was already in the process of updating the mine plan to incorporate additional reserves. First Quantum is yet to finalize the mine plan and has also asked Franco-Nevada to make changes to the security and reporting requirements and Franco-Nevada is expected to consider mutually beneficial ones.

Franco-Nevada Corporation (NYSE:FNV) has pumped in $135 million in Teranga Gold Corp. for the acquisition of Oromin Joint Venture Group. The Joint Venture owns 1.45 million ounce gold deposit near Teranga’s own gold operations in Senegal and the acquisition is expected to lead to a consolidation of assets.  This will allow for integration of operations as the reserve base will increase and also lead to higher production. The company will have flexibility in operations as well as cost reductions on increased volumes. Teranga was also able to retire $30 million of its debt facility reducing the total content by half.

The Future For Franco-Nevada:

Franco-Nevada Corporation (NYSE:FNV) will be releasing the fourth quarter and full fiscal financial reports on March 19, 2014 after market close. A better perspective will be available. The company has already declared dividend payment of $0.06 per share with the payout expected today. This will also be the 15th quarter in which the company has paid the same dividend.