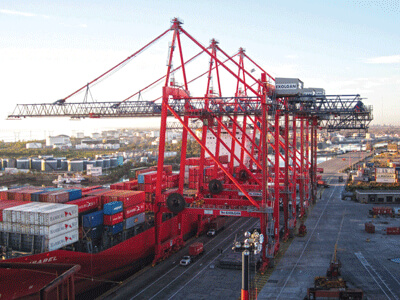 Dallas, Texas 09/20/2013 (Financialstrend) – On September 10, FreeSeas Inc. (NASDAQ:FREE) submitted an update to SEC on its execution of the Supreme Court ruling dated June 25’13. As per the court order the company had to issue 890,000 of its shares to its credit provider Hanover in lieu of pending dues. The company complied and completed the transaction on June 26. Another operative part of the order also directed FreeSeas to make good to Hanover any loss in share value which might happen immediately after the handover based on per decided calculations.

Based on this calculation referred to above, the company has issued additional 27,508,000 settlement shares between July and September 9 to Hanover. The company reports that the calculation period specified by the court ends on September 6 and as of that date Hanover was in possession of only 28,398,000 initial settlement shares. To completely discharge its obligations as specified by the court, FreeSeas handed over to Hanover 2,134,714 additional shares of common stock. The company reports that with this payment, its debt to Hanover remains completely discharged.

As a sign of thumbs up to the final conclusion of this episode, FreeSeas shares jumped up almost 100% since the announcement was made on September 10. As of close of business on September 19, the company shares were trading at $0.46 per share, up  22% over its previous day close of 0.37 . In spite of this smart rally, the share is still down by 92% in comparison to its prior 52 week high valuation of $5.8 it had registered in January’13. Its shares saw a extremely demand on the browsers yesterday. Its daily trade volume was a staggering 23 million and was seven times more than its 65 day daily trade volume of 3.6 million.  The company’s market capitalization is $3.4 million with 8.06 million shares outstanding.