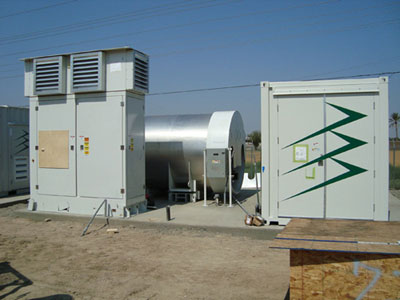 Dallas, Texas 04/08/2014 (FINANCIALSTRENDS) – FuelCell Energy Inc. (NASDAQ:FCEL)has announced that it would be participating in an exhibition in Hannover in Germany called H2FC Fair, with the likes of Energy Saxony and Fraunhofer IKTS.A new $6.7 million power plant project has been provided by FuelCell Energy Inc. (NASDAQ:FCEL) in British Colombia. The earnings release for the second quarter is estimated to be released on June 2nd.

The H2FC Fair is scheduled from 7th April to 11th April in Germany, at Hannover. Various speakers and advocates of clean energy would be speaking in the event. The exhibition is dedicated to stationary fuel cell power plants which are of megawatt-class. There would also be forum presentations by company management in this regard. It is said that around one mega-watt of onsite power solution could easily power almost 1900 homes. The various advantages of fuel cell power plants would also be explored in this fair, like the nonstop on-site power, capability of electric grid support as well as almost zero pollutants during fuel generation. These fuel cell plants are given high praise due to their minimal space requirement, neat and quiet functioning and easy installation, making it a good choice for populated areas.

A power plant project with a total cost of around $6.7 million has been launched by FuelCell Energy Inc. (NASDAQ:FCEL). This unique project would convert the landfill gas into electricity. The carbon dioxide gas released during this conversion would then be used in nourishment of the plants in a greenhouse facility of British Colombia. While the stream of gas produced during conversion would be used for powering the fuel cells, the clean carbon dioxide would be used for feeding the plants. The fuel cells in turn would provide electricity.This project is done in conjunction with Village Farms International Inc. as well as Quadrogen Power Systems Inc.