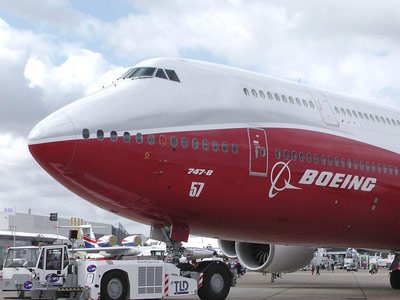 Dallas, Texas 11/25/2013 (Financialstrend) – The Boeing Company (NYSE:BA)  has advised numerous airlines about a risk of some engine icing problems on the company’s new 787 and 747-8  Dreamliner planes that run on engines that have been manufactured by General Electric Company (NYSE:GE). The company has urged 15 different carriers to avoid flying these planes  near high-level thunderstorms.

This warning led JAL to pull-out 787 Dreamliners from 2 of its  international routes. The other affected airlines are United Airlines, a Continental Holdings arm, Lufthansa and Cathay Pacific Airlines. The Boeing Company (NYSE:BA)  spokesperson said that their company and JAL are committed to passenger-safety as well as the safety of crews on board the aircraft. He said that  the company respects Japan Airlines decision to suspend almost 787 services on certain  routes.

This move came in the wake of 6 incidents from April-November that involved 5 747-8s & one 787 when the aircraft that had been powered by General Electric Company (NYSE:GE)’s GEnx-engines suffered temporary thrust-loss while they were flying at a high altitude. This problem was a result of the build-up of ice crystals. He added that the aircraft had landed safely at their respective planned destinations.

The Boeing Company (NYSE:BA) issued a notice that prohibited these particular affected aircraft from flying at high-attitude within 50 nautical-miles of any thunderstorms that might contain ice crystals. JAL said that it will replace the Dreamliners on its Tokyo-Singapore & Tokyo-Delhi  flights with some other types of aircraft and will also dropping a plan to utilize 787s for their Tokyo-Sydney route starting December.

In recent years, there have been an increase in the number of ice-buildup reports by the aviation industry. General Electric Company (NYSE:GE) is working in conjunction with The Boeing Company (NYSE:BA) on certain engine-control systems, software modifications and they hope to eliminate these problems.