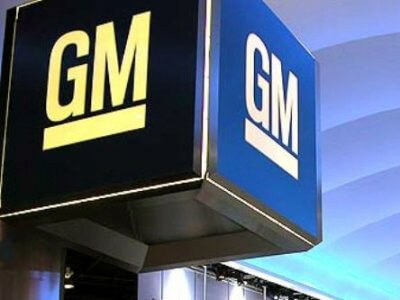 Dallas, Texas 01/07/2014 (FINANCIALSTRENDS) – General Motors Company (NYSE:GM) it that appears has lost plenty of ground on the Asian market segment as, Volkswagen made massive inroads into its China markets. Apparently, Volkswagen has sold more cars in China in 2013 than General Motors. The company has since seen a drop in sales, over December to reach 2.7 million, locking over 6.3%. Volkswagen has since seen closed sales of over 3 million vehicles in a single year in 2013.

General Motors Company (NYSE:GM) in December recorded sales of 230,157 as against the consensus estimate showing 1.5% gain. Across the brand all cars showed a massive drop- 8.1% on Chevrolet, 1.8% on GMC; 6.6% on Buick; and 0.5% on Cadillac. There are other models which saw an out perform on the Chevrolet Camaro, as well as the GMC Acadia, Chevrolet Malibu as well. The other sales segments too were affected. The company recorded a drop in the sale of fleet cards to 50 bps down by 20.9% for the month.

General Motors Company (NYSE:GM) need not be heavily disappointed with sales, as nearly all other car brands, be it Chrysler, Hyundai, Ford as well as General Motors too showed that their sales to had dropped in the December U.S. Sales market segments.

Nearly, across all the brands, the one vehicle sales segment which recorded substantial highs was the trucks as well as the utilities segment.

However, more important news which would have a direct impact on not just General Motors Company (NYSE:GM) but other car makers in the country as well is: the deal between Fiat and Chrysler.

FIAT has finally arrived at a point of investment in Chrysler, which finally gives it greater say in the matter in Chrysler. The deal is priced at $3.35 billions and will have an immediate effect on the auto industry in the US. As Chrysler and Fiat, work on modalities, it will provide both the companies higher fund band-width, besides production lines and new models as well.