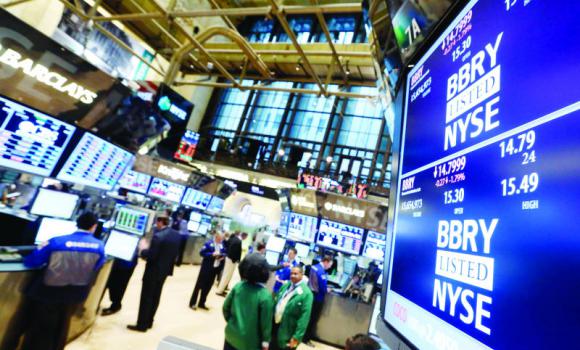 Global Share surged on Friday and touched an 11-month high mark while global equities also reflected a somewhat similar response due to the signs of a wealthier European financial system and a better outlook for Germany. American shares also rose consecutively for eighth day, which is the best performance of American share market since 2004.

Solid earning reports of Microsoft, Samsung and other companies helped in lifting the Wall Street. Seasonal inflow of money in stock mutual funds also helped in maintaining the standard for the eighth day, as this inflow is being reported as the biggest inflow of money in the decade. For the first time in last 5 years, S&P 500 Index closed above the mark of 1500. Dow Jones Index also closed on it’s highest point since October 2007.

The news from Europe also helped in further strengthening the market. European Central Bank reported on Friday that European banks will repay the amount of $137 billion euros, which was taken as crisis loans. This will provide more-than-expected cash to the market, and strongly reflects that European financial systems are coming back on track after the hard times of crisis. By repaying the loans which were taken for a ‘three-year’ period only after the small time span of ‘one-year’, European Central Bank will become the first major bank in the world that tackled with the crisis from the fastest pace. And European economy will become the fastest recovering economy in the world, no doubt.