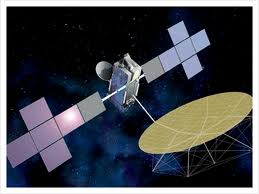 Jay Monroe, Chairman and CEO of Globalstar, commented, “The third quarter marked a momentous time for Globalstar as the Company achieved milestones across our operating, financial and regulatory efforts.  In August, we placed the final satellite from our February launch into service, completing the MSS industry’s first second-generation Low Earth Orbit (“LEO”) constellation years ahead of the competition.”

The amount of revenue of the company for the 3rd quarter of 2013 was $22.5 million as compared to $20.5 million for the same 3rd quarter of a year ago, which indicates an increase of 10% and it was because of the increase in both the subscriber equipment sales and service revenue.

The amount of service revenue for the 3rd quarter of 2013 was $17.1 million as compared to $15.4 million for the same 3rd quarter of previous year, which indicates an increase of 11% or $1.7 million. The main reason behind this increase is due to growth in Duplex revenue, which was increased by 25% or $1.2 million and also it was because of higher usage

For the 3rd quarter of 2013, the company reported a net loss of $205 million as compared to $41.2 million for the same 3rd quarter of last year. This increase in net loss was mainly as a result of non-cash derivative losses.