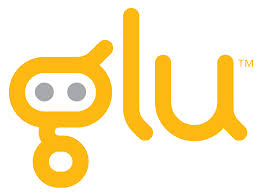 Glu Mobile Inc. (NASDAQ:GLUU)a pioneer worldwide publisher and developer of free-to-play games for tablets and smartphone reported financial results for the third quarter ended September 30, 2015. Niccolo de Masi, the Chairman and CEO, said that they are delighted with the financial performance in the third quarter, including their ability to surpass EBITDA and revenue estimates. During the third quarter, the results were led by the increased strength of catalog and the consistent out performance of company’s Cooking Dash game.

The CEO of Glu Mobile reported that the supermajority of titles introduced so far in this year have underperformed as remarkable monetization rates were offset by considerably lower-than-projected install volumes. They have strengthened the studio with the engagement of a new President of Studios and CTO, as well as company’s Board with the election of Greg Brandeau. The company are on tracklooking for strategic and accretive uses of strong balance sheet.