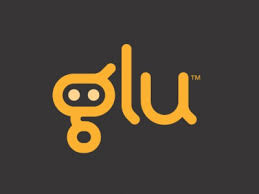 Dallas, Texas 07/17/2013 (Financialstrend) – Glu Mobile Inc. (NASDAQ:GLUU), a leading publisher of free-to-play games for tablet devices and smart phone announced its release of new game Tons of Guns. In this game through a series of do-or-die duals players are challenged to reclaim their armoury, where the guns are kings. The game is a bullet-spitting, barrel-smoking and involve quick draw. This game has advantage of accelerometer and gyroscope which is available in tablet devices and smart phones. Glu Mobile has mobile games like Contract Killer: Zombies and Deer Hunter, Big Time Gangsta and Blood & Glory. The company faces many problems like monetizing its games which is also faced by its competitors Zynga. Glu Mobile is now planning a new platform in online gaming; this was announced by the company following the announcement of its competitor, Zynga. Till today Glu hasn’t had any hit in its games which is a major drawback for the company.

Recently Glu Mobile Inc announced its partnership with Skills to launch real-money gaming. By next month, players in United States can benefit in cash by playing games of Glu Mobile.  Last week the company announced that it will release its second quarter results on August 6, 2013.

Shares of Glu Mobile Inc. opened at $2.55 per share on Tuesday and thereafter increased by 8.07% to close at $2.74 for the day. There had been intraday price movements in the stock within the range of $2.55 as low price to $2.75 as high price. Glu Mobile has 52 week low at $1.99 and 52 week high at $5.78 per share. The company has 68.26 million shares outstanding in the market which gives it a market cap of $187.36 million and there is institutional ownership in the capital at 45% of the stock. Glu Mobile witnessed the trade of 3.30 million shares on Tuesday, while the average level is at 1.30 million shares per day.