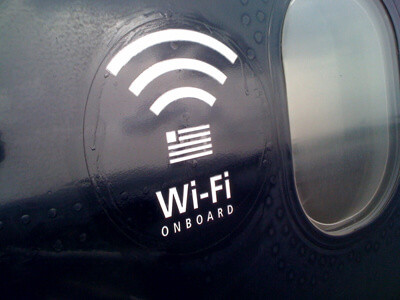 Dallas, Texas 05/16/2014 (FINANCIALSTRENDS) – Gogo Inc (NASDAQ:GOGO) reported a much higher-than-expected 35% jump in its quarterly revenue, as even more flyers use its in-flight wireless-internet services, & brushed away the concerns about the  rival services that AT&T is providing. Last Friday, the company’s stock had lost one third of its value after AT&T said last month that it will launch its competing service. Gogo, that is now trying to transition to a much  faster satellite-based-system, said that it sits technology was way ahead of  the  4G LTE platform that had been proposed by AT&T.

The next-generation solutions that GOGO provided will be faster & also  flying sooner than the proposed solutions from AT&T said the company’s Chief Executive -Michael Small, on  the post-earnings conference call. The analysts have now said that AT&T’s impact might be limited because of the long-term contracts that Gogo Inc (NASDAQ:GOGO) has. In addition to this AT&T also faces certain regulatory hurdles and the very high switching-costs for airlines & the increasing demand for seamless in-flight connectivity. Satellite-based Wi-Fi keeps the flyers connected to the Web across land & sea, while the mobile networks, including the 4G-LTE – work only across land.

Gogo Inc (NASDAQ:GOGO) launched satellite-connectivity on the Delta Air Lines global fleet in March, will now be able to offer upto 70 megabits/ second of speed on the satellite-based systems. It also said it was on schedule with upgrading 800 of the 2,056 aircraft that are outfitted with the company’s Wi-Fi, with much newer technology, tripling the connectivity to 10 mbps, in 2014. The company is in direct competition with other satellite-based service providers like ViaSat Inc, Row 44, and Panasonic Avionics as well as OnAir, and it charges customers $16 / day to access in-flight Wi-Fi while monthly unlimited-passes cost $59.95.