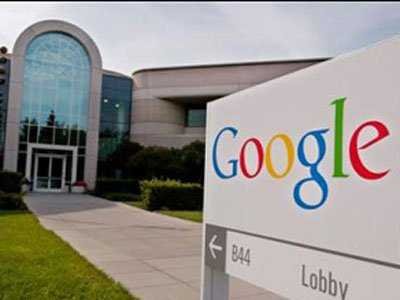 Dallas, Texas 12/17/2013 (FINANCIALSTRENDS) – Google Inc (NASDAQ:GOOG) let it be known yesterday that it has bought out another niche player which has made a name for itself for manufacturing full bodied robots which recognize a whole host of human commands and also replicate quite a few human like body part movements.

Google Inc While the overall deal size of the buyout is still in the realm of speculation, Google Inc (NASDAQ:GOOG) buy out of Boston Dynamics which is a premier contractor for the U.S military continues to add mystique to the Android O.S makers market moves in recent times. Boston Dynamics released video clips of its tech demo products like “a four-legged robot pitting its sprinting capabilities against a human athlete” has gone viral on YouTube and other social media multiple times in the recent past. Other product offerings of Boston include a pole vault capable jumping device and purported design wins of a humanoid robot to be developed under syndication for the U.S military.

Yesterday’s robot firm buyout by Google Inc (NASDAQ:GOOG) is the eighth acquisition related to robotics technology over the past year. Analysts are of the opinion that the tech firm which has a huge war chest of billions of dollars in cash is burning up cash on research and development in order to leap frog ahead of competition and position itself as the numero-uno in the intelligent robotics space.  A new division has been spawned by Google Inc (NASDAQ:GOOG) under which all these robotics related investments are getting pooled. It has anointed Andy Rubin as the new head for this group. Andy’s fame to claim is that it was under his stewardship that the Android operating system evolved into a market beater and garnered a lion’s share of the mobile digital devices market share.

People in the know have speculated that the search engine major has set its eyes on demonstrating technology which will enable production of humanoid like robots capable of replacing human labour on the factory floor. 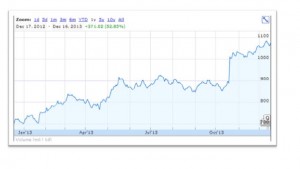 The internet major which has come to dominate the internet search engine space and is slowly but surely on its way to replicate the same in the operating system space for mobile digital devices has been a strong performer at the markets over the past year.  The stock price of this blue chip firm which boasted of a market cap of $358 billion has been range bound between $695 and $1092 over the past 52 weeks. At current price points the share price is just 1.77 percent below its prior 52 week high price points. The company reported annual revenue of $11.7 billion and has managed to post earnings per share of $34.81 which is a gold standard among other mega capped tech companies.

Readers should note that Boston Dynamics had come into the national lime light when it had helped Hollywood studios produce ground breaking movies like the Terminator series which involved human aping robots. The other tech firms related to robotics bought out by Google Inc (NASDAQ:GOOG) this year are Bot & Dolly, Schaft, Industrial Perception, Meka, Redwood Robotics, Autofuss and Holomni.