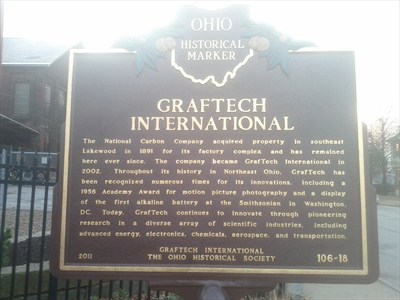 Dallas, Texas 10/11/2013 (Financialstrend) – Parma based Industrial electrical equipment manufacturer GrafTech International Ltd (NYSE:GTI) announced that it will call out its 3Q earnings report on October 31, 2013. The firm has been under pressure to get its operations in order over the past few quarters. During trading on October 9, the stock went down past its 200 day moving average before regaining some of its lost market value.

In an effort to get its act together, GTI had shifted out its CFO Lindon Robertson who was at the helm of affairs since 2011 in early September. He was replaced by an internal candidate Eric Asmussen. He was serving as the “vice president of strategy, planning and corporate development” before landing this promotion. Eric would be assisted by Robertson through the transition and would be getting paid salary till March 2014.

As of close of business on October 10, the stock was trading at $8.27 per share, up 2.22% over the previous day close. The trading volume did not match up the price appreciation though. Only 715,700 shares changed hands as compared to daily average trading volumes of 1.08 million. At current valuations, the shares are trading 26% lesser than its 52 week high pricing and is 29% up from its 52 week low pricing.

It has a market cap of $1.12 billion. GrafTech International has recorded sales of $1.25 billion from which a income of $66.9 million was generated. Investors tracking this stock would be keeping their fingers crossed that GTI would be able do better than the 45% dip in sales it recorded during 2Q which ended on June 30. Also troublesome for the investors was the prohibitive 92% dip in earnings per share during the same time period. The company has not paid out any dividend in the last 12 months.