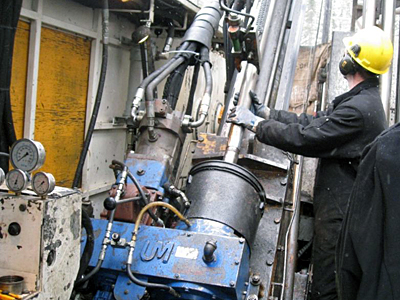 Dallas, Texas 10/30/2013 (Financialstrend) – Canada based independent gas and oil producer Gran Tierra Energy Inc. (NYSEMKT:GTE) has a market cap of $2.1 billion. The stock has shed close to 3.64% of its market value during trading in the last one week. This was in spite of strong forecast provided by the oil manufacturer from its third quarter operations. These estimates were released on October 16 by the firm. It announced that production during the 3 quarter had standardized around the 22500 barrels of oil equivalent per day.  The increase is being ascribed to the continued improvement in the Costayaco reservoir which was coupled with better thought-out transpiration logistics. It expects its average FY13 production to range between 21,500 to 22,500 barrels of oil equivalent per day. This would be well above the 21,000 barrels of oil equivalent that was forecasted earlier in the year. The production is expected to be heavily tilted towards oil with only 4% of the total output being natural gas and rest being oil. The oil firm has estimated that the production momentum would continue since it expects newly tested Wells at its Moqueta-11 range and few other exploratory wells in Colombia should turn into production wells soon.

In the past one year, the company has posted sales of $688 million with a income of $192 million. In the past quarter, the oil firm was able to increase its sales by more than 46% in comparison to 2Q of Fy12.  In the same period, the earnings per share of the stock had appreciated by 240% in comparison to 2QFy12.  Investors of the Gran Tierra Stock would be hoping that with the strong 3Q results being expected, the stock would be able to build up enough momentum to surge past the analysts target price of $8.88 per share over the next few months.