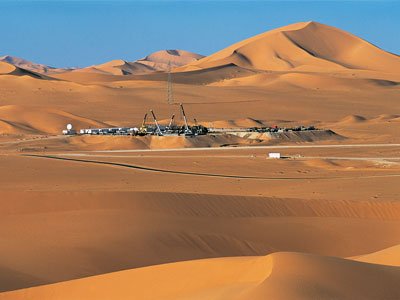 Dallas, Texas 02/27/2014 (FINANCIALSTRENDS) – Gray Fox Petroleum Corp(OTCBB:GFOX) one of the popular small cap oil and gas exploration companies has been in  the midst of great consolidation in the recent times. The company has now taken its legacy of over 135 years of being part of the Western US Energy Production tradition.

Gray Fox Petroleum Corp(OTCBB:GFOX) has opted to expand in its niche through acquisitions. These include exploring oil and natural gas properties in the Western US regions.

Gray Fox Petroleum Corp(OTCBB:GFOX) has appeared to make forward movement on the stock market as well due to the acquisitions. The stock rose 4.4% while the market cap for the same has been in the $66.61 million range.

Gray Fox Petroleum Corp(OTCBB:GFOX) in December acquired 22 different oil and gas leases. The leases were part of the Bureau of Land Management, after the company worked on a Lease Purchase Agreement with FFMJ, LLC.

Gray Fox Petroleum Corp(OTCBB:GFOX) has acquired Butte Valley Oil Play Region running to 32,723 acres.  The lease period for this region is expected to expire across several dates. These range from March 31, 2016 while some end nearly a year later by around July of 2017.

It is believed that GFOX will now hold nearly 100% working interest in this lease, while another 82% Net Revenue will now be held for the company. It will also begin to identify and explore drilling targets across the company.

Again, it is believed that the company currently does not have an issue with lack of revenues.  Besides, the net loss of the company is $250k and is increasing lesser over the past few quarters.