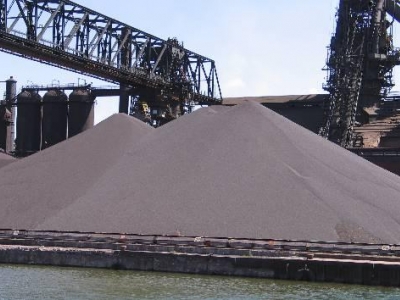 Dallas, Texas 11/08/2013 (Financialstrend) – Great Northern Iron Ore Properties (NYSE:GNI) is a conventional trust that owns interests in fee on the Mesabi Iron Range, northeastern Minnesota. It owns interests both in mineral as well as non-mineral 12,033 acres of lands. The Trust is organized under the laws of the State of Michigan. The Trust, by its terms, will dissolve on April 6, 2015 and its shares will cease to trade on the New York Stock Exchange. On Thursday, the stock shed 1.65% from its previous close to end the session at $71. Its 52 week price ranges between $61.5 and $82.5. The stock has delivered moderately positive returns of 5.6% year to date.

The Trust currently receives royalties from its properties by the Trust’s lessees including many long term leases with steel and mining companies that are allowed leasehold interest in the Trust’s properties. However the Trust itself does not mine or benefit from taconite ore. Recently the company reported $774,489 decrease in royalties receipt during 3Q13 as compared to 3Q12. This was mainly attributed to lower producer price indices which in turn affected lower overall average earned royalty rate. For nine months period ended September 30, 2013 the Trust reported that royalties decreased approximately $5.36 million as compared to the same nine months period of FY12. This was further attributed to reduced taconite shipments from the Trust’s properties in addition to the reason mentioned above.

For 3Q13 and nine months period of FY13, interest and other income decreased $9,808 and $17,653, respectively, as compared to the same periods in FY12, primarily because of decreased yields on the Trust’s investments. More over the Trust reported that costs and expensed increased $78,952 in 3Q13 compared to 3Q12. This increase was mainly attributed to increase in pension expense pursuant to defined benefit pension plan and timing of the bonus accrued for the President of the Trustees.