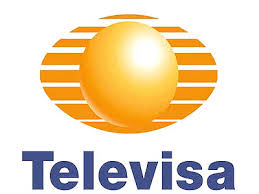 Dallas, Texas 07/10/2013 (Financialstrend) – Grupo Televisa, S.A.B. ADR (NYSE:TV) recently announced its second quarter earnings, Alfonso de Angoitia Noriega,  Executive Vice President, Director of Grupo Televisa, S.A.B. ADR (NYSE:TV) said regarding government entities and the companies’ ad spending the following: “we currently sell in a single package our referral with air channels together with our 10 pay TV channels. Only over the air channels will be free of charge and only in the specific market in which they are broadcasted. So, we will then need to renegotiate all the affiliation agreements with the paid television distributors to determine the price for the paid television channels. So, this will also depend on the negotiation of the prices for those channels. We have both the absence of political advertising or advertising by governmental entities and on top of that we don’t know when this free must offer is going to become effective, and what the new terms of the affiliation agreements for our 10 paid television channels will be.”

Average trading volume of Grupo Televisa SAB (ADR) (NYSE:TV) is 1.95 million, while the trading volume on Tuesday stood at 2.75 million shares. The company has a total market capitalization of $ 14.31 billion and 560 million outstanding shares in the market.

Grupo Televisa SAB ADR (NYSE:TV) is a Mexico-based media company, broadcasting for the Spanish-speaking Latin American countries. The company is involved the production of television programming, for local television stations in United States and also for nationwide broadcasting of channels.