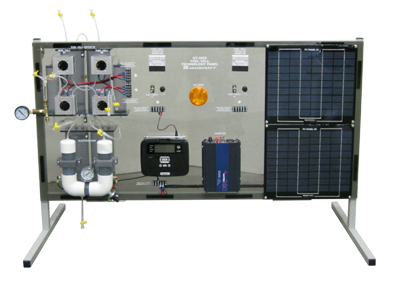 The original officially announcement of its convertible Senior notes, which are due by 2020 were $125 million, while the shares the company would offer was announced to be 12 million.

This initial offer however was quickly revised on Dec 5, 2013.

GT Advanced Technologies Inc (NASDAQ:GTAT) will now bring $190 million convertible notes, while the number of shares will remain at 12 million.  The allocation permutations possible for underwriters now will be $24 million notes, followed by 1.29 million shares. As the current prices are 35% higher the conversion price stands at $12.11 for the notes, earning interest rate of 3%. For shares the pricing begins at $8.65, considering 4% drop in levels).

GT Advanced Technologies Inc (NASDAQ:GTAT) debt offer to investors will beef coffers for the crystalline raw material manufacturer believe experts.  The accumulated wealth through convertible notes and shares will allow GT Advanced a much-needed band-width to look beyond itself and explore acquisition of other businesses and firms which would add to GTAT’s advancements in the future.

Why the debt offering?

GT Advanced Technologies Inc (NASDAQ:GTAT) has found new lease of life in the past month.

A sudden announcement of a future-forwarded deal with Apple Inc NASDAQ:AAPL) has meant that GT Advanced is in the news for all the good reasons.

In the past few months, GTAT has been in the midst of a slowdown considering the two of the three major sectors for which it fabricates and manufactures crystalline products were down. Whenever the poly-silicon and solar industry have passed through the wringer, GT Advanced has struggled too, give and take a few peaks during the previous year.

The one major industry in which GT Advanced has few competitors, the sapphire industry has kindled its new found growth. Growth demands funds and capital. And so GT Advanced found the answer through Convertible notes and shares.

In the first week of November 2013 Apple Inc made the much-awaited move, announcing its new deal with GT Advanced for sapphire coated surfaces for its display screens. The technology which currently GT Advanced and competitors such as Rubicon offer makes the display screens, scratch-resistant and durable.

In contrast, the Corning glass which Apple Inc (NASDAQ:AAPL) currently uses on its iPhones is prone to cracking into small smithereens at the slightest fall.

Apple had since indicated that Sapphire technology would be its logical replacement for the beleaguered display screen, which necessitated more often than not replacing the entire gadget at its store.

The deal, with GT Advanced will now mean that the Sapphire-display screen maker will run furnaces located at Apple’s facilities, functioning on pre-payments.

In the pipe-line for GTAT, which will also spell success is the LED industry. As the demand for LED products increases over drop in fluorescent bulbs, Advanced sapphire crystallization furnaces (ASF), Silicon Deposition Reactors (SDR) as well as photovoltaic (PV), GTAT has several growth opportunities. Earlier this year, in the month of May, GT Advanced acquired Thermal Technology LLC.