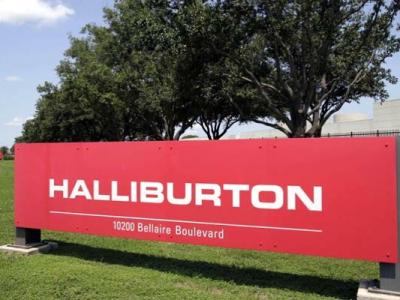 Halliburton Company (NYSE:HAL) has been working towards getting into position for recovery in the North American services market. The most crucial role in this growth would be played by BHI, which HAL is trying to acquire. Currently, the deal is awaiting approval from the department of justice and several other regulators. The management at HAL remains confident that the deal would be approved and the company would benefit greatly from this acquisition. However, the final verdict on the deal is not expected to be received until early 2016.

The timing of agreement with the DOJ is set to expire on December 15 and since no decision has been reached, as yet, the anticipation amongst investors and analysts has been growing. It is still unclear whether HAL would negotiate an extension in the deadline or receive a definite reply. Nonetheless, the acquisition has already been priced at $25 billion, but is still undergoing several antitrust issues.

One such issue was that the merger would lead to higher oil prices, given that the two companies have overlapping businesses. As such, BHI and HAL had to dispose of assets worth $5.2 billion, in order to assure the authorities that this would not be the case. However, the DOJ still needs to be convinced that the merger would not suppress competition in the industry. As such, the DOJ had advised both companies to dispose of assets to a third company, which could prove to be a credible rival. A similar opinion is held by regulators on a global scale.

Halliburton has been facing a significant decline in its North American revenues. The company had anticipated that its revenues would decline by as much as 15% during the 4Q2015. Although the company has since then updated that figures would be slightly better, but that is certainly not enough. HAL indicated that it had experienced improvements since thanksgiving. Unfortunately, lower activity in foreign markets and pricing pressure means that margins for 4Q2015 would still remain at a low.

In order to cope with the depressing situation, Halliburton Company (NYSE:HAL) is exercising cost reduction initiatives. This includes reduction of people and sale of assets. Although right sizing the organization and the addition of another similar organization to the company business might seem contradictory, but in fact, it would help HAL gain a larger market share. Additionally, the move would also eliminate significant competition, apart from the addition of assets, capital and a range of new products. Furthermore, BHI has been taking similar steps, so as to make this deal possible.

One of the main buyers of Halliburton assets has been General Electric. This is mainly because GE is starting to show interest in expanding its business towards the oil & gas sector. This could very well mean that GE could be the potential rival DOJ is looking for. HAL anticipates that it would be able to raise as much as $5 billion through these sales. This amount would be added back to the company’s capital and could prove useful in the long-term. However, the aggressive stance of HAL is not irrational; in fact, the company is selling only those assets that would prove unviable in the near future. Additionally, HAL is also planning to be picky about what it acquires through Baker and Hughes as well.

Even though no final verdict can be given, until the decision from the DOJ has been released publicly, HAL and BHI have certainly taken an aggressive stance in unloading assets to make this deal possible. The two companies believe that their combined strength would be much more valuable to their investors, rather than being separate entities. It is important to note here that in case the deal does not go through, the termination fee has been set at a total of $3.5 billion. Currently, the chances of the deal going through seem bright, given the attitude of the two companies.