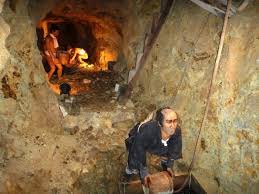 Dallas, Texas 12/27/2013 (FINANCIALSTRENDS) – Harmony Gold Mining Co. (ADR) (NYSE:HMY) is one of South Africa’s premier gold mining firm and boasts of a market cap of $1.06 billion. Ever since it reported result from its first quarter operations which ended on September 30 in early November, the stock has been under pressure to perform at the stock market. Readers should note that the South African mining firm had tapped the North American financial markets to raise funds in the form of American depository receipts. Since the 1QFY14 announcement was made, the stock has shed close to 11.23 percent of its market value.

As Harmony Gold Mining Co. (ADR) (NYSE:HMY) revenue for its 1Q dropped by 22 percent in addition to its earnings per share coming down to $0.05 compared to $0.15 per share in 1QFY13 its executives came out with pledges to further tighten their belts and reduce their cost structures in order to tide over the depreciated demand cycle that gold is going through currently in the globe today.

Answering questions from analysts post the results announcement about the prospects for the company over the next 12 months, Its CEO Graham Paul Briggs conveyed that, “We would see debt levels reducing as we build up in more production and so that’s where we are. We don’t see anything that has huge demands of cash or anything like that. The expenditure levels, for this year were planned at $100 million or thereabouts and probably similar for the year after that. So we would see our debt levels our net debt levels declining and becoming positive.”

Harmony Gold Mining Co. (ADR) (NYSE:HMY) is engaged in gold mining operations which are both surface based and underground. At the end of its FY13 in June, the firm had declared reserves of 52.9 million ounces from its South African mines.