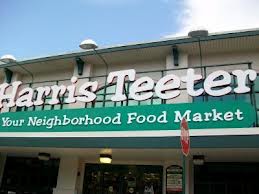 Dallas, Texas 07/10/2013 (Financialstrend) – It has been recently announced that Kroger, the largest traditional supermarket company of the United States, decided to acquire Harris Teeter Supermarkets, Inc. (NYSE:HTSI) for an aggregate value of $2.44 billion in a cash deal. This recent acquisition is a move by the largest supermarket operator to expand the reach of the company in the mid-Atlantic and Southeastern states of the country. Harris Teeter Supermarkets, Inc., the regional grocery player (NYSE:HTSI), currently has 212 stores located in eight states of the country including the prime locations of Washington D.C., Maryland, Delaware and Florida. It is worth noting that Kroger is not present in the above locations.

According to the company, Harris Teeter stores will keep their names and personalities, as with the nearly two dozen other regional chains owned by Kroger. The special focus of Harris Teeter Supermarkets, Inc. (NYSE:HTSI) on fresh and prepared foods have been a significant driver for attracting Kroger.