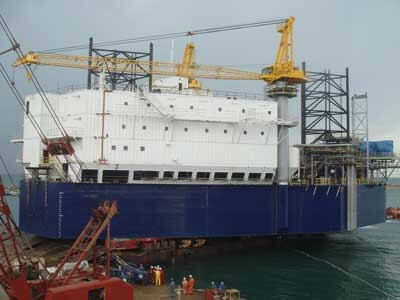 Dallas, Texas 08/29/2014 (FINANCIALSTRENDS) – Hercules Offshore, Inc.( NASDAQ:HERO) along with peer Diamond Offshore reported fleet status which indicated that, drillers such as themselves, will more than likely see tough challenges, before they can mark a turnaround.

The highlight was the negative fleet status which showed that the rates were lesser than the prevailing rates for rigs located in the ultra-deep-water.

Hercules Offshore, Inc.( NASDAQ:HERO) fleet status reported in August showed that it had a contract on termination. The local market for drillers is considerably non-performing in character, in the current season. With the hurricane season round the corner, things are going to take longer to mark a turnaround in the market the company noted.

The termination of the contract and a review of the line-up the company currently holds strongly indicate that the challenges are waiting to play out.

Other players such as Diamond Offshore had in their Fleet Status Report reported that its current contract running with Ocean Monarch is running at rate, which is much lesser, than industry benchmarks. Diamond also indicated that the contract also holds out a convertible option which could lead to the contract closing out in 18 months.

However, unlike Hercules Offshore, Inc.( NASDAQ:HERO) Diamond Offshore could offer some upside news.

The company is scheduled to receive, in the next seven months an extension of the Yorktown project.

However, the end result for the drillers are that the speeds of contracts are in UDW is close to zero. All data points indicate of a ‘leading edge’ which does not technically offer much leverage for these drillers.

Besides, the rates of the contract are so exceptionally low that, the drilling companies are more than unlikely to be running in negative or low-profits.

Therefore Hercules and others in this sector, who are struggling, will mark a turnaround only after the Hurricane period winds up.