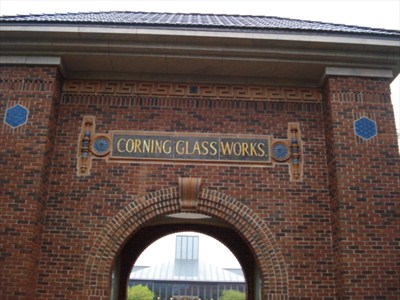 Dallas, Texas 12/12/2013 (FINANCIALSTRENDS) – Today, corning glass is synonymous with large number of products and at the rate at which smartphone companies develop, manufacture and launch new handsets, the company’s business in this space has been booming, to say the least. Corning Incorporated (NYSE:GLW)’s relationship with  Apple Inc. (NASDAQ:AAPL) is not a new one and the latter’s devices use Corning Glass and so, in a way, it is the face of many an Apple smartphone. And so, when there were some rumors over the past few months that Apple has invested in a big way in sapphire production, many eyebrows were raised and Corning Incorporated (NYSE:GLW) investors were on the verge of raising the alarm bell.

One would ask what is so alarming in the fact that Apple is investing in some new technology. The company has always been one to innovate on many fronts. The reason for all this speculation was that if the technology giant has invested in sapphire that might just be the next material that will clad the ubiquitous iPhone. What added weightage to this assumption was the fact that the company has invested $578M in an Arizona factory that will permit  GT Advanced Technologies Inc (NASDAQ:GTAT) to expand sapphire production in a very dramatic manner. Currently, the company uses miniscule amounts of sapphire in some applications like iPhone camera lens covers.

While a smartphone cover made of Gorilla Glass sells for around $3, a sapphire cover for the same application can cost $20-$30. This cost difference is deterrent enough for many smartphone manufactures to opt for sapphire.  Of course, the latter is a small notch above glass when it comes to break and scratch-resistance, but the difference is not stark enough for phone manufacturers to veer towards the latter. For the moment, Gorilla Glass still wins hands-down when it comes to smartphone covers and has been used on over 2B devices globally. And so, if a change has to take place it is not going to take place in the flash of an eye.

What is also important to note is that Corning Incorporated (NYSE:GLW) is resting on its success with smartphone. It is also delving into the appliance and automotive markets amongst others and this will definitely buffer the sapphire blow, if it really does come.

Though the Corning Incorporated (NYSE:GLW), Apple, Gorilla Glass and Sapphire issue is a simmering one, there is a notable development that took place at the UBS Global Technology Conference that was held in Sausalito in California towards November-end. Vice chairman and CFO of GLW, James B. Flaws said that the company is working with Apple to create some tougher versions of the current Gorilla Glass.

This remark had analysts pricking up their ears and appropriately so. Especially in the light of all the rumors that have been floating around how Sapphire is going to take the smartphone world by storm. And so, even as Apple and Corning Incorporated (NYSE:GLW) remain partners in improving the durability and toughness of Gorilla Glass, the latter’s position will become stronger.