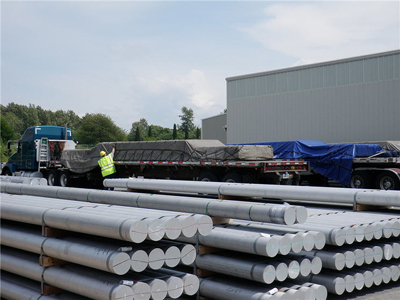 Dallas, Texas 12/06/2013 (Financialstrend) – Alcoa Inc (NYSE:AA) and similar mineral ore companies will feel the effect of  Indonesian ban of mineral export, in the middle of next year itself. The industry will also see another price-related issue cause a lot of hardships as well. This time around, it is due to Chinese companies revising contracts. Chinese companies engaged in smelting of aluminium have now proposed that supply companies now offer ores on a short-term basis. Alcoa Inc (NYSE:AA) was one of the major companies calling for short-term price fixes in the beginning of this year. Therefore, the year 2014, could well see some fast changes as the smelters risk profile will add to the price fluctuations.

The world of aluminium refinery will see more change. Rio Tinto Plc., has chosen to close down its Gove refinery following continuous loss. While facility was expected to produce 2 million ton per year, it could produce only 1.6 million tonnes. The impending closure could be as early as 2014.

Alcoa Inc (NYSE:AA) will have more things to cover in the coming months.

In November this year, Indonesia planned to ban the export of several ores, including bauxite, in line with the countries new Mining and Coal mining laws. As per the new laws in effect companies involved in the mineral ores should first process the raw minerals before they can be exported. This effectively means that, post January 13, 2014, no company can export raw minerals from Indonesia. Additionally, it will also look at lowering the mineral ore export by 20%.

On the global market scene, aluminium smelters saw that the prices have drastically fallen, thanks to low demand by nearly all stakeholders – mills as well as terminal markets recorded a drop in demand, largely because  the end of the year slow pace.

Alcoa Inc (NYSE:AA) has been involved in the manufacture of aluminium products in four categories. These include Alumina, Primary metals, flat-rolled products as well as engineered products. In the recent years, the company has been seeing an increase in the production as well as management of primary fabrication of aluminium. It also participates in the mining to refining as well as smelting and fabricating, as well as recycling of ores. The company is also involved in the transportation, packaging as well as construction industries. Oil and gas units as well as industrial applications also use various products the company offers. It operates across its facilities in 31 countries.

One of the most established industries that Alcoa Inc (NYSE:AA) has a continued presence is in the production of parts for the aircraft industry. The company has been on an expansion mode in the last couple of years and last acquired TransDigm Group Inc, in March of 2011. The company is in the business of producing fasteners for aerospace industry.

For Alcoa Inc (NYSE:AA), there are two challenges. The first is the ban on the export of bauxite from Indonesian mines. The overall supply would effect in partial ban of products, while at the same time the spot prices too would be supported. With Indonesia being one of the primary resources, for export of bauxite to China, it remains to be seen how Alcoa Inc could fall into place in the new global equations. Besides, the spot or short-term prices too would pose new questions.