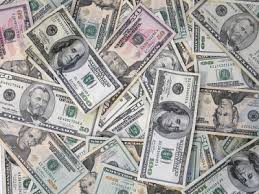 Dallas, Texas 01/16/2014 (FINANCIALSTRENDS) – Hudson City Bancorp, Inc. (NASDAQ:HCBK) announced on 14th January that it has set 29th January for reporting results for its most recently concluded quarter operations on 31st December’13. The Paramus, New Jersey headquartered holding company has been under pressure in recent times at the stock market as it has struggled to increase its bottom-line and its returns to share holders has dwindled in these times of “prolonged low interest rates” that are prevailing in the financial markets.

Hudson City Bancorp, Inc. (NASDAQ:HCBK) had tried to overcome these challenges by growing inorganically through acquisitions. It had agreed to be bought out by M&T Bank and the deal was announced with much fanfare in August 2012. But unfortunately for the two banks involved, the prolonged stalling of its previously announced deal by the regulators has forced the banks to go back to the drawing board to chart long term growth.

Sharing these change of plans to investors, Hudson City Bancorp, Inc. (NASDAQ:HCBK) Chairman of the Board and Chief Executive Officer Ronald Hermance has been quoted as saying that he will work on growing the bank independently, even as the earlier plans to merge with M&T Bank Corp. (MTB) remain on the table pending regulatory approval.

Why is Fed Holding Up The Deal?

These change of plans are being forced on the S&P 500 index tracked banking firm, due to latest updates from Fed that the pending approval process for the proposed merger might drag on for an additional 11 months. Federal Reserve has been stalling the deal, as it wants to push M&T into incorporating more robust money-laundering controls to prevent any future money laundering situations under the merged entity. The fact that Federal Reserve has not disclosed if the approvals will come through in spite of incorporating these cages on part of M&T Bank has promoted the $4.64 billion market capped Hudson City Bancorp, Inc. (NASDAQ:HCBK) to look at new options to grow.