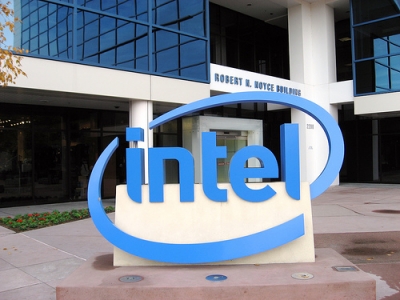 Dallas, Texas 10/22/2013 (Financialstrend) – Intel Corporation (NASDAQ:INTC) has grown its market capitalization to $120 billion with annual sales of $52.35 billion. Till recently the chip maker was facing flak from its investors for falling behind the curve in terms of not anticipating the market shift towards notebooks and smaller mobile devices. This had galvanized the #1 chip maker to change its focus from personal computers to notepads. As per a recent rating report from Goldman Sachs, Intel’s efforts to gain momentum have started showing results. The report says that Intel has managed to march ahead of AMD (Its closest competition) in getting its notebook makers choose its processors ahead of AMD.  Intel managed to regain market share by releasing new low powered chips which helped overcome the drop in revenue from sales of its processors to PC. While Intel’s PC sales drop was in the region of 3%, AMD suffered worse with a 15% substantial drop in PC related CPU sales. In order to drive home its advantage and push AMD into a corner, Intel has announced the launch of new low cost and low power consumption processor called Bay Trail.

It has also made a conscious decision to go after garnering a substantial share of the Tablet CPU market. It has public acknowledged that it missed the buss with respect to catering to the need for low powered and low end CPU that go into the making of smart phone. It is making sure the Tablet manufacturing will not pass by this time by working closely with tablet manufactures.

On October 20, a report in Tab times had written about Intel’s plan to launch its own version of a low cost tablet which is designed to cater to the emerging markets and the educational sector with in U.S. Investors of Intel will be hoping that Intel tablets will be a big hit with customers.