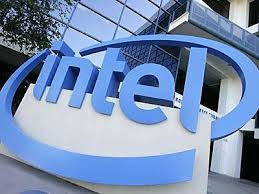 Dallas, Texas 05/013/2014 (FINANCIALSTRENDS) –Intel Corporation (NASDAQ:INTC) recently announced to have purchased Personal Assistant division of Ginger Software which is speculated to be technologically similar to Microsoft Corporation (NASDAQ:MSFT)’s Cortana and Apple Inc. (NASDAQ:AAPL)’s Siri. Besides its traditional offerings like computer and microprocessor chips as well as computer components like Ethernet cables, motherboards and software, Intel Corporation is also believed to be working on an artificial intelligence headset. With this latest acquisition, the company could use Ginger’s technology for its artificial intelligence device.

Intel Corporation (NASDAQ:INTC) recently unveiled its Bluetooth enabled, artificial intelligence headset, made to known as “Jarvis” headset, in the beginning of 2014 at the Consumer Electronics Show. Ginger’s technology is believed to have the potential to provide support software which could be used in this Bluetooth headset. Technology experts speculate this product as a possible rival to much speculated Google Inc. (NASDAQ:GOOGL)’s Google Glass and Apple’s Siri.

However, none of the companies have disclosed on how exactly Ginger’s technology will be utilized by Intel.

Intel Corporation (NASDAQ:INTC) only revealed about the deal and what it entailed, leaving it unclear that how much the deal cost and how it is going to utilize Ginger’s professional team of 16 engineers that it is going to hire as a part of this deal as well as how exactly it is going to use the said technology.

However, it is reported that the deal may figure around $30 million and Intel may applied Ginger’s natural language processing software technology to its virtual reality project.

Following the completion of this deal, Ginger will retain its Grammar and Spell Checker software. However, its founder and CEO Yael Karov and VP – R&D Micha Breakstone will be joining Intel as a part of this deal.