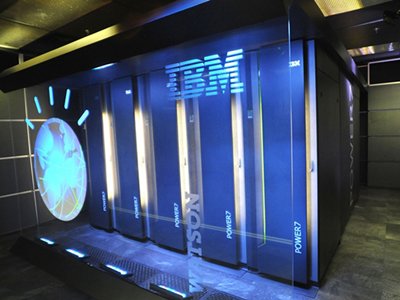 Dallas, Texas 07/09/2015 (Financialstrend) – International Business Machines Corp. (NYSE:IBM) has once again established, why it remains one of the true-blue technology companies in the world. The company just announced its latest, cutting-edge chip which carries four times more computing power than any of the peer-chips.

Ultra-density is the new technology framework

And typical of the new chip technology that IBM builds, the development of semiconductor components is also expected to keep pace. Therefore, 7-nanometer transistors are not far from being made.

The tectonic-shift in chip making is here, with IBMs use of silicon-germanium instead of the pure silicon that was used to make these chips. The new medium allows for faster switching between transistors. It will also consume lower power due to the increased density per chip.

International Business Machines Corp. (NYSE:IBM) announced that these advanced chips would be made at its New York’s Hudson Valley facility. The company has been nurturing this unit along with public entity New York State’s GlobalFoundaries, besides other technology companies such as Samsung as well as many other equipment selling companies.

International Business Machines Corp. breakthrough, has once again brought to the forefront the capabilities chip companies- doubling the density on transistors every second year.

Thus far, IBM had been piped by Intel as the chip-technology innovator. The four times more powerful chip by IBM also rests several technology concerns by scientist community as well. There was speculation that Moore’s Law would impede the development of chips past the 14-nanometer sized chips.

The new chip technology which International Business Machines Corp. (NYSE:IBM) has come to own, will now be licensed to GlobalFoundaries to produce the chips. These chips are likely to be sold to large technology enterprises, namely, Broadcom, Qualcomm as well as Advanced Micro Devices. However the technology also brings to the forefront another technical bogey- to use extreme ultraviolet or EUV to make the chips.