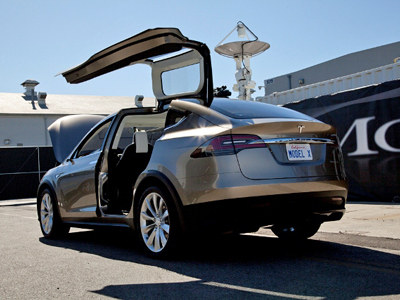 Dallas, Texas 08/30/2013 (Financialstrend) – The research analyst at Litchfield Hills, Theodore R. O’Neill had commented that the analysts and investors are presently underplaying the future success of Tesla Motors Inc (NASDAQ:TSLA) and they are not able to understand the efficiency of the car maker. He had commented that the investors who keep on analyzing the auto industry are continuously missing out to notice the grand success that the model S sedan of Tesla had made in the recent past. The analyst had commented that the success and sales numbers of this model of the company are going unchallenged by any competitor in the markets of California.

While O’Neill had commented that the slow growth reported in the gross domestic product of the US economy would not have any negative impact on the revenue estimates of Tesla for this fiscal year, he had also added a warning note that if the global economy slows down, then the company’s expansion into the markets of European Union and Asia would get adversely affected. The analyst had accorded a Buy rating to the stock of this car maker, stating that it is still undervalued and had fixed up a price target of $188 per share.

Shares of Tesla Motors Inc (NASDAQ:TSLA) had loss of 0.23% over the previous close to end up on Thursday at $166.06 per share. The intraday variations of the share prices were found to be in between the range of $162.51 to $167.75 per share. The stock had reported the least price for the past one year at $26.86 and highest price at $173.00 per share. The stock had made around 9.45 million trades on Thursday, whereas the mean trading volume for the past month had been at 10.82 million shares per day. The company has 121.45 million shares outstanding and institutional ownership of 58%.