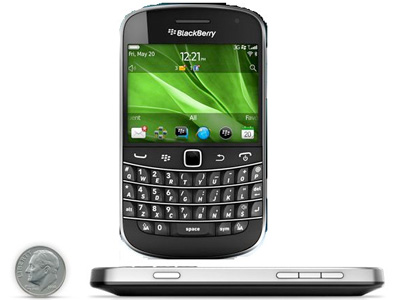 Dallas, Texas 12/02/2013 (Financialstrend) – Smart phone maker and once popular business messaging provider BlackBerry Ltd (NASDAQ:BBRY) new Chief Executive John S. Chen (in an acting capacity as of now) has been making news even before he joined the Canadian phone maker formally. It began with all the rumours surrounding the hefty pay packet (to be rumoured to be around $88 million annually) that the $3.4 billion market capped firm had shelled out to bring him on board.

Chen Blue Print for Turn Around

After taking charge at the helm of affairs at BlackBerry Ltd (NASDAQ:BBRY) in an interim role for the time being, John Chen has begun his rescue act with a bang. In his blue print to turn the fortunes of this once proud business phone maker, key stake holders who were presiding over the many missteps of the firm which has literally brought the company down to its knees do not find a place. In comments designed to outline his vision for the struggling phone maker post the exit of the top level executive team, John Chen has been quoted as saying, “I will continue to align my senior management team and organizational structure, and refine the company’s strategy to ensure we deliver the best devices, mobile security and device management.”

Fall Guys for the Billion Dollar Inventory Write Off

The effects of his reorganization plans for BlackBerry Ltd (NASDAQ:BBRY) has seen almost the entire C level executive office suite being turned upside down in the past week. The folks who have been shown the door are Kristian Tear who was serving as the chief operating officer and Frank Boulben who was the reigning chief marketing officer. It is being opined in the trade magazines that these two have been at the receiving end since it was under their watch that the troubled business phone maker announced in September that it was writing off close to $1 billion due to unsold inventory of brand new models of phone it has released. Also on his way out, but on a more conciliatory note is its chief financial officer Brian Bidulka. He will be eased out by end of the year by when it is expected that John Chen would have his own SWAT team in place.

Back Ground to The Slew Of Changes

Readers should note that BlackBerry Ltd (NASDAQ:BBRY) was forced to hit the eject button to spring out its previous CEO Mr. Heins when his plans to sell the publicly traded company into the hands of private consortium led by Fairfax Financial Holdings of Toronto fell flat. Instead Fairfax which also happens to be the biggest institutional share holder in BlackBerry Ltd (NASDAQ:BBRY) put together a rescue package worth $1 billion in the form of convertible debt. Mr. Heins exit was part of the deal and Mr Chen made his way into the role of acting chief executive and executive chairman.

Long and Troubled Road Ahead

With the re org in his top management behind him, John Chen will take the podium on December 20 to announce results for its most recent concluded quarter. In the run up to this results announcement analysts have been predicting that Chen will be forced to further cut his losses by writing off more models of smart phones which are adding up to redundant inventory and try to start the rebuilding process with a clean slate. If the trade magazines are to be believed, the best way ahead for Chen envisions BlackBerry Ltd (NASDAQ:BBRY) completely exiting the highly competitive smart phone manufacturing business and concentrate on its messaging services and software offerings.

Stock Posts A Dramatic Turn Around Post The Exit

Irrespective of what readers think of Chen’s moves at Revamp, the stock market seems to back his judgement. In a first, after weeks of weakness, the stock managed to post a 4% increase in its market cap in the past week of trading, since the executive office clean up started.