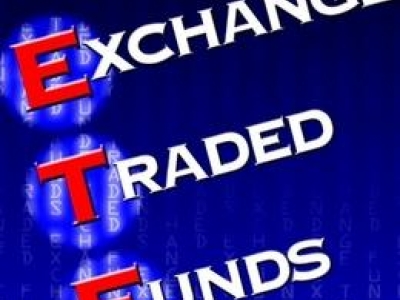 Dallas, Texas 12/10/2013 (Financialstrend) – iShares Russell 2000 Index (ETF) (NYSEARCA:IWM) was till recently known by its former name of iShares Russell 2000 Index Fund. It is an exchange-traded index linked fund which has managed to gain a market capitalization of $25.15 billion. It has managed to attract a huge institutional investor base and has recorded an impressive 140 percent increase in their holding of this ETF over the past 12 months. It has a total of 223 million outstanding shares and has been relatively heavily on demand fund amongst the investors over the past year.

iShares Russell 2000 Index (ETF) (NYSEARCA:IWM) is an index linked fund which tries to replicate the broader returns as recorded by the Russell 2000 index. The investors in this type of a fund are typically those who are looking at achieving returns which are in line with the market index they are tracking and end up paying lower administrative fee to the fund managers in comparison to other ETF’s. For the uninitiated, this Russell 2000 index tracks companies with small market capitalization in U.S against a weighted measure and consists of some of the “securities issued by the approximately 2,000 smallest issuers in the Russell 3000 Index”.

iShares Russell 2000 Index (ETF) (NYSEARCA:IWM) invests in stock which are traded on the Russell 2000 index by screening them for their float and market potential. They depend on the advice provided by third party investment advisor BlackRock Fund Advisors to pick the stocks into which its investments are poured into.

Performance Of The ETF Over The Past Year

iShares Russell 2000 Index (ETF) (NYSEARCA:IWM) has over the past one year shown a impressive 39.5 percent increase in its market valuation over the past 12 months. It has seen its performance at the browsers post a steady but slow rise quarter on quarter on the back of a steady improvement in the general business sentiment across the small and medium businesses in U.S.

In the same period it has also accounted for earnings per share of $11. In the most recent quarter it has paid out dividend of $0.28 per share and over the past one year a total of $1.69 per share. This translates to a 1.52 percent dividend yield over the trailing 12 months. Over the past 52 weeks, the ETF has been range bound between $81.83 on the lower side and a $114.16 per share at the higher end price point. At current valuations, the stock is trading at $112.48 per share which is just 1.47% below its 52 week high price points.

Other than an aberration last week, where in the stock recorded a near 0.9 percent dip in valuation, the stock has been a strong performer over the near term and the midterm. In the past month it has gained a 3.08 percent increase and over the past 180 days has posted an even more impressive 14.6 percent. It’s simple moving average over the past 20, 100 and 200 days are chart a clear sustained upward trend by posting a 1.42 percent, 2.8 percent and a even more impressive 11.78 percent increase respectively for the corresponding time stamps.

In my opinion the investors who have bought into the stock of iShares Russell 2000 Index (ETF) (NYSEARCA:IWM) ETF are sitting on a stock which is all set to script a stronger growth story in tandem with the improving fundamental economy of U.S . I am basing my bullishness on this stock on the growing chorus about the likely tapering moves by Fed and the improved unemployment rates in the world’s largest economy.